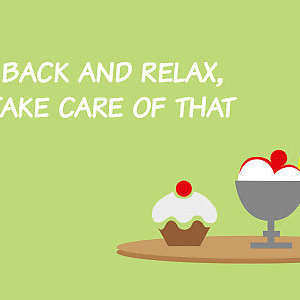 From friendly Wall-E and helpful R2D2 to the dystopian worlds of the Matrix and Terminator, robots have captured our imagination and visions of the future for generations. But the time is fast approaching where interactions between humans and artificial intelligence become part and parcel of our daily routine. A new ISO standard for the safety of personal care robots has made bold steps in this direction.

They can connect to our nervous system and read our minds.

Robots are already used in manufacturing, the medical field, and even as toys, but recently, a new player has appeared on the scene: the service robot. These mobile servants, physical assistants and person carriers will revolutionize the industry and transform our lives. Capable of understanding our voice and gestures and reacting to touch, they can also connect to our nervous system and "read minds" by tapping into brain wave activity. Science fiction has become reality.

In 2012, a company in Japan began trialling an exoskeleton which, when worn over a user’s legs, can detect brain signals instructing it to walk. The device has been labelled the “first real cyborg”. In addition to helping people with infirmities and spinal injuries to move, it can also be used by nurses, emergency responders and other professionals for additional support when lifting heavy weights like human bodies.

What’s interesting is that this Japanese company was also one of the first to apply the draft version of ISO 13482:2014, Safety requirements for personal care robots.

Why the rush to comply with a standard that was not even published?

Professor Gurvinder Virk, Convenor of the ISO working group that developed the standard, explains: "Although robots have been around for a while, they have been mainly restricted to the manufacturing sector where they have had little or no contact with people. As this begins to change, careful risk assessment is crucial to ensuring our safety, which is exactly what ISO 13482 will help us do".

Errors or faults in service robots could result in serious or even fatal accidents.

Because of their close interaction with humans, errors or faults in service robots could result in serious or even fatal accidents. For example, if an exoskeleton misunderstands a command and turns right instead of left, this could inadvertently put the user in a dangerous situation.

"Because personal robotics is such a new field, there are as yet no internationally-recognized safety regulations or guidelines. Companies are therefore reluctant to take the risk of investing and launching a new robot product in case something goes wrong and they are taken to court, where they will struggle to prove that they did everything they could to ensure their product was safe", says Professor Virk.

Laying down the rules

In this context, it is not surprising that there are still so few personal care robots about today, although there is clearly a market for them. Take, for example, the hugely successful Roomba, a small vacuuming robot. Simple devices of this kind are unlikely to cause harm but, as developers try out new applications, there can be bigger risks.

"It is difficult for an individual company, or even a single country, to define acceptable safety regulations," says Professor Virk. "In order to allow the industry to move forward, international discussion and consensus is needed, and this is what ISO 13482 represents. The much awaited standard gives researchers, manufacturers and regulators a basis to measure and monitor products that are unlike anything we have had before."

This is groundbreaking for the industry as ISO 13482 will pave the way for a whole new set of players. Small innovators and investors, in particular, will feel reassured knowing the rules of the game before they step into the playing field. "In fact, the single most important thing required for the widespread expansion of the personal robotics market is the development of safety standards," says Virk. 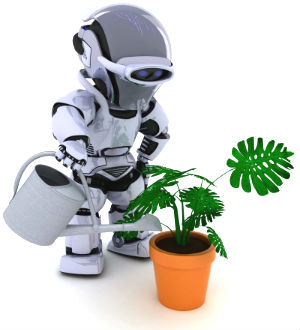 Many exciting applications are already being explored, from garbage-collecting robots to personal care robots that remind patients suffering from dementia to take their medicine, drink and eat. Such robots could also act as a lifeline connecting the elderly with their family or carers.

"We realize that the industry is still in its infancy and thus expect to update ISO 13482 as technology evolves to make sure the requirements remain up date, and people interacting with these new machines are safe" explains Professor Virk. "Additional ISO guidance is already being developed with the foremost experts in the field."

Ultimately, personal care robots aim to improve our quality of life. A main driver has been the world’s ageing population, especially in countries like Japan where there is a worrying scarcity of carers. However, devices like the Roomba show that there is also a huge potential among a younger generation struggling to cope with time consuming everyday tasks like cleaning and taking care of the home.

Professor Virk concludes, "I remember seeing a series a long time ago about a futuristic family called ‘The Jetsons’. They had a robotic butler called Rosie who was pretty much able to do everything in the home, even though she moved about on wheels. I wish we could have something like her".

Who knows, the Rosie might be just around the corner.