Breast cancer is the most common cancer in women worldwide, both in the developed and the developing world. 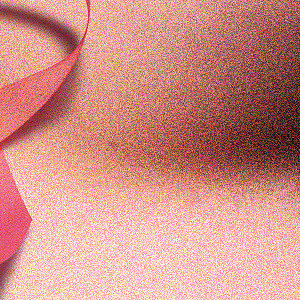 By Sandrine Tranchard
Tagged as

Early detection of breast cancer is one of the best methodsto improve survival rate. This can be done in two ways - by hand and by usingmammography screening.

A mammogram is an X-ray exam of the breasts to look for abnormal changes. The results can go directly into a computer and become a digital image ready to be read and analyzed by a radiologist.

In 2008, there were about 1.38 million new cases and 458000 deaths due to breast cancer. Mammography screening is the only screening method that has proven to be effective in reducing breast cancer mortality.

According to the International Agency on Research on Cancer (IARC), in high-income countries where screening coverage is over 70%, this method can reduce breast cancer mortality by 20 to 30% in women over 50 years old.

ISO has developed a number of International Standards to support digital imaging, in particular ISO 12052:2006, Health informatics – Digital imaging and communication in medicine (DICOM) including workflow and data management.

This standard allows digital images and related information to be exchanged and managed by the many different medical imaging devices and IT systems, from many different vendors, that are in use today. Without it, the operation of a modern radiology department would not be possible.

As Kevin O'Donnell, one of the experts in the ISO Technical Committee that develops and maintains ISO 12052, explained: "Thanks to the standard, images can be read on any equipment. The DICOM format allows these images to be uploaded and reviewed wherever they are taken.  Being able to compare current images to prior images to get a sense of changes and progression, or lack thereof, is vital for radiologists and oncologists."

Allows for increased volume of studies

"Mammography screening is increasingly used to catch breast cancer early and the number of images that a radiologist is expected to read today would be impossible using the old film based workflows.  Digital image acquisition and review, which is enabled by ISO 12052, makes modern mammography possible", he explained.

Similarly, the use of the standard has facilitated data handling in the many clinical trials conducted in the area of breast cancer research.

In addition, the successful exchange of information helps make patients' lives easier. DICOM images recorded on media such as CDs, DVDs, USB have been used for years to give patients full fidelity copies of their images.

This allows patients to easily bring copies of prior imaging to new facilities, for example if they move house, or if they decide to go to another center for treatment when screening reveals a cancer. Looking forward, recent extensions to ISO 12052 help the exchange of DICOM data by emerging web and cloud-based products.

Kevin O'Donnell underlined the important contribution of the standard to breast cancer diagnosis: "DICOM is used in most healthcare institutions worldwide where patient imaging is performed.