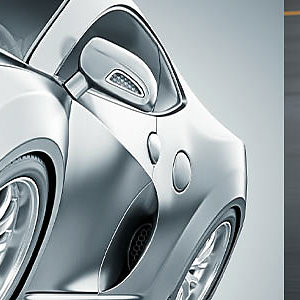 Since integrating the two systems in 2011, the company reports “drastically reduced market claims” and greater success in overseas markets.

The benefits of ISO 9001 implementation, seen in steadily improving quality and reduced customer claims, began as early as 1996 when Akebono Brake first achieved the QMS certification. However, several issues surfaced a few years later. “ As time passed since ISO 9001 certification, our quality activities may have gradually become a matter of routine. The number of claims, which had been decreasing, also began to increase again,” explains Shigeru Kanama, Quality Assurance Department specialist at Akebono Brake.

Top management acknowledged the problem and pointed the way forward.
“The President requested us to think that the purpose was not just to acquire certification, but also how we could improve our business by acquiring certification. I believe this approach led to our later success,” says Kiyoshi Dejima, former Managing Executive Officer and Head of the Quality Assurance Division.

After assessing the merits of ISO/TS 16949, Akebono Brake decided to implement the automotive sector standard across the entire organization. Group companies achieved certification, in turn, from 2008.

The company has also achieved ISO/TS 16949 certification of its overseas sites, following further expansion into Asia, Europe and North America, and intends to continue integrating this certification process in the future.

(aerospace industry QMS) to ISO 9001. Therefore, we also apply ISO/TS 16949 to our railway and industrial machinery divisions, and we manufacture products based on the same principles across the company,” says Kiyoshi Dejima.

The QMS steering committee at Akebono Brake plays an important role in ISO/TS 16949 implementation. Each division head sits on the committee and reports regularly on the issues and improvement processes. These meetings have proved to be significant because they provide an effective forum for participants to discuss their plans and express opinions, which are then reported to upper management.

“The committee results are reported in the executive meeting, and the issues in each division are input to the division managers and directors as an on-site opinion. This management review is performed monthly, making it easier to influence employee awareness and enhance the speed of improvements as well. The significance and importance of these meetings has been well recognized across the company,” says Mr. Dejima.

As a result of the effectiveness of the QMS steering committee, ISO/TS 16949-based practices have become integrated into employees’ daily business. There have been many beneficial effects, key being a marked reduction in the number of claims.

“ Issues which used to be considered ‘ not a problem ’ are now being brought up as real issues, thus prompting a steady flow of improvement. The focus on quality has become sharper and this shows up as a result of preventive measures. The original concept for implementing ISO/TS 16949 was to satisfy end users, which, in turn, leads to greater satisfaction for our automobile manufacturing customers. Market claims are made after the end users actually drive a vehicle, so it takes time for changes in the number of claims to appear. Recently, market claims have begun to decrease further,” says Mr. Dejima.

Since 2007, Akebono Brake has been the official supplier of brakes to the Vodafone McLaren Mercedes Formula 1 Team, whose driver, Lewis Hamilton, became World Champion in 2008. The connection with McLaren has stimulated an increase in the number of enquiries from European automobile manufacturers, leading to business expansion.

“ISO/TS 16949 certification is significant not only for European automobile manufacturers, but also when we hold discussions with other auto makers. Business negotiations progress more smoothly since we acquired certification, and customers trust us because we can provide supporting documentation, and speak from the same point of view when there are enquiries. We recognized that this certification is very useful when there are new business opportunities. ISO/TS 16949 has become the pride of our employees, who are in turn increasingly motivated by it,” Mr. Dejima explains.

Akebono Brake Industry Co. Ltd., continues to see positive results from the achievement of ISO/TS 16949, including business expansion and a reduction in market claims. It attributes these benefits to the original initiative of its audit office – which subsequently involved the entire company – and to the continued support of certification body LRQA in performing assessments and certifications.

Established in 1929, Akebono Brake Industry Co. Ltd. is a leader in the manufacture of high-quality brakes and brake sensors for automobiles, motorcycles, railway vehicles and industrial machinery. Its philosophy of “safety first” and technological development has earned the company a  40 % share in the market for brake pads used as original equipment by automobile manufacturers in Japan.