A fair and just energy transition

As we rethink global energy, we must ensure a fair and inclusive green transition. 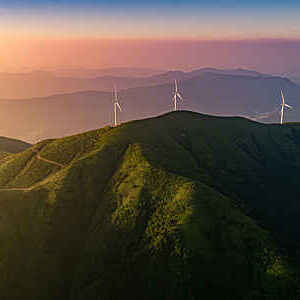 The 27th Conference of the Parties (COP27) to the UN Framework Convention on Climate Change (UNFCCC) is being held in Sharm El-Sheikh, Egypt, on 6-18 November 2022. ISO and its members join ranks with world change makers to showcase how International Standards help transform climate commitments into action. Our coverage of COP27 provides an overview and greater insights of ISO’s work in this area, from in-depth features to thought-provoking think pieces.

Tragically, it is these people who tend to have the least agency in the transition to a greener future. To effectively rethink global energy production, management and consumption, it is important everyone participates and contributes. All voices must be heard to ensure a just transition.

As the world meets in Egypt for COP27, it does so amid warnings that action is not being taken anywhere near fast enough. The United Nations Environment Programme warned in October that, despite countries having agreed at COP26 last year to step up their climate ambitions, those new pledges would only reduce emissions by 1 % by 2030, while scientists advise they must be approximately halved by the end of the decade.

“Unless there are immediate, rapid and large-scale reductions in greenhouse gas emissions, limiting warming to close to 1.5 °C or even 2 °C will be beyond reach,” the IPCC said. But drastic action of this magnitude cannot take place without large-scale international collaboration. It will require commitments from every stakeholder – from industry leaders to governments – to ensure that the transition to a low-carbon economy is fair and inclusive so that no one is left behind.

A key theme for COP27 is a “just and fair energy transition”, with the topic set for discussion on Energy Day, focusing on Africa. Many African countries face a finance gap, which prevents them from investing in the necessary infrastructure and technology. This is emblematic of a wider imbalance. The countries most severely affected by climate change impacts, such as small island nations, have contributed little to the build-up of greenhouse gases in the atmosphere. They are also not as well placed as others – particularly those which enjoyed rapid economic development on the back of fossil fuel consumption – to enact climate action and adaptations.

Global electricity demand is currently increasing faster than renewable capacity. This creates an overarching challenge in not just how we produce energy in a sustainable, ecologically friendly way, but also how we manage it.

This is a serious challenge, but far from impossible. According to the International Monetary Fund, almost USD 6 trillion were spent on fossil fuel subsidies in 2020 alone. Some of this money must be redirected to support the expansion of green energy capacity – the International Energy Agency estimates USD 4 trillion a year could be sufficient. If the share of renewables in global electricity generation can be approximately doubled to 60 % by 2030, the world will be back on track to meet the aims of the Paris Agreement.

In certain ways, energy management might be considered “low-hanging fruit” in the climate change challenge, providing financial as well as environmental benefit at relatively low cost. For instance, retrofitting insulation in UK homes has been identified as one of the most cost-effective routes to reducing national emissions. Hilton, the first global hospitality business to achieve full certification to ISO’s energy management standard (ISO 50001), was able to reduce its energy intensity by 20 % and carbon intensity by 30 %. Not only is this a major step forward in the company’s green mission, it is a boon for its balance sheet.

Standards provide a foundation of trust and consensus.

The transition continues to gather momentum, and there is much positive energy at work already. Commitments arising from the Paris Agreement, COP26 and ISO’s London Declaration, for example, clearly illustrate a brewing desire to change things for the better. This must be underpinned by shared and solid common ground – definitions, processes and progress tracking.

ISO launched its Net Zero Guidelines at COP27 to further its commitment to the climate agenda and to provide an internationally agreed-upon definition of “net zero”, setting out mechanisms for reporting progress towards that goal.

The picture is clear, the situation is dire, but the ambition to fight climate change is there – now it needs to be turned into action.