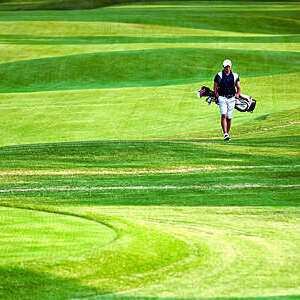 The ISO 14001 standard is today a widespread benchmark for thousands of organizations around the world that want to communicate to the public and stakeholders that they are environmentally responsible. Two American university professors explain how the standard helps reduce environmental impact and grow business, and why more than a quarter-million organizations worldwide are joining the ISO 14001 club!

With over 250 000 certified facilities in about 160 countries since its launch in 1996, it’s no surprise that ISO 14001 is the most widely adopted environmental management system (EMS) in the world. So as debates continue about why firms seek ISO 14001 certification, or whether it impacts their pollution output and other environmental activities, we decided a rigorous empirical assessment of the ISO standard was in order. Our research – conducted in 159 countries over 15 years – revealed some interesting findings.

The cost of club membership is the establishment of a strong and verifiable EMS.

Our work conceptualizes certification systems, such as ISO 14001, as clubs. Think of a golf club. Golf clubs offer services that are restricted to patrons who pay the membership fee. At any given time, multiple patrons can avail themselves of the club’s facilities and enjoy a round of golf or a swim in the pool. Certification systems work on a similar principle. Their key “service” is to allow members to signal more credibly their environmental stewardship practices. Only club members can deploy this hallmark. For ISO 14001, the cost of club membership is the establishment of a strong and verifiable EMS.

One might wonder why a firm would need to join a certification club to proclaim its environmental credentials. After all, it could easily make such claims on its own. The reasons are twofold. First, club membership sends out a stronger signal when the club brand name is well known: ISO 14001 has high name recognition given its association with the ISO organization. Importantly, as more firms join these clubs, the brand name becomes even more widely known, which makes the club signal even stronger. Second, because the “rules” for these clubs are made by another set of actors – the club sponsors – firms’ environmental stewardship claims become more credible than when they make unilateral declarations about their environmental commitment. And, in truth, a firm can create strong environmental rules for itself one day and then toss them out the next. Of course, ISO 14001 has the benefit of being sponsored by a very credible organization, whereas “other clubs” have less credible sponsors.

Living up to claims

Given the widespread adoption of ISO 14001, it is quite natural to ask whether it lives up to its claim of improving its members’ environmental practices. After several years studying this question, our response has become “sometime” and we’ve focused our efforts on identifying the conditions under which the better outcomes happen.

We suggest two factors merit special attention: the stringency of the government’s environmental regulations and the (physical) visibility of pollutants that the firms emit. More stringent government regulations lead firms to improve their environmental practices. This has two implications. First, stronger government regulations raise a firm’s costs for undertaking additional environmental improvements (beyond legal requirements) in response to their ISO 14001 obligations. Second, the reputational and other benefits the firm receives for differentiating itself from companies that are not ISO 14001-certified will be lower because the average level of environmental stewardship practices is higher across the board. In this situation, achieving ISO 14001 is likely to require less additional investment in environmental stewardship beyond what firms are already doing as part of their regulatory obligations. Perhaps counter-intuitively, the pollution reduction effects of ISO 14001 are therefore likely to be most pronounced when ISO-certified firms function in countries with weak environmental laws.

Stakeholders expect firms to undertake a range of corporate social responsibility (CSR) actions, such as environmental stewardship, labour practices and so on. Given their limited resources, firms cannot do everything and need to prioritize their actions by investing in those CSR issues where they can get most appreciation for their efforts. In the context of ISO 14001 and the environment, this means prioritizing which pollutants should receive more of their focus.

Stakeholders tend to monitor more closely the visible pollutants. This means ISO 14001-certified firms have more reason to focus their attention on reducing visible pollutants than less visible ones. The higher physical visibility of air pollution in relation to water pollution gives firms the incentive to invest more resources into reducing air contaminants than water contaminants. Our research shows that the effect of national-level ISO 14001 adoption on pollution reductions is more pronounced in air than it is in water. Importantly, we observe this effect only in countries with less stringent government regulations.

We decided to undertake our research at the country level to examine how counts of ISO 14001 influence country-wide pollution emissions. One advantage of a country-level study is that it can gauge both ISO 14001’s direct effects on certified firms and its spillover effects on non-certified firms.

Research suggests that ISO 14001’s EMS spillovers from members to non-members occur through two mechanisms. First, ISO-certified firms can encourage their suppliers to establish their own EMS. For example, multinational corporations often ask their overseas subsidiaries to promote the EMS culture in their supply chain. Second, non-certified firms located in the vicinity of ISO 14001-certified firms may seek to imitate their neighbours’ EMS practices even though they may not seek third-party certification, perhaps because of cost reasons. This is particularly true for small and medium-sized firms that are not able to absorb the overhead costs associated with a formal certified EMS. The bottom line is that any attempt to compute ISO 14001’s effect on pollution reduction must take into account the efforts of both ISO 14001-certified firms and non-certified firms. A country-level analysis allows for this full accounting of ISO 14001’s possible effects.

Pressures and other pollutants

If you are interested in reading the original article, please go to:
http://faculty.washington.edu
/aseem/cps.pdf

To sum things up, ISO 14001’s pollution reduction effects vary depending on the visibility of the pollutants and the stringency of government regulations. Two concrete implications emerge from this observation. First, the effectiveness of certification clubs must be understood in the context of regulatory pressures which the firms face. In fact, the largest pay-off from ISO 14001 in terms of pollution reduction can be seen in developing contexts where government regulations are lax. In such cases, certification clubs seem to work as substitutes for governmental regulation in protecting the environment. Second, environmental protection stewardship has opportunity costs. A firms’ effort to reduce pollution comes at the expense of its effort to do something else. Such trade-offs motivate firms to think strategically about how to maximize their pay-offs from stewardship commitments. After all, an important motivation for joining certification clubs is the reputational benefit to be gained. We find pollutants’ physical visibility to be an important factor in this regard. Hence, both managers and scholars should assess how these external pressures systematically shape firms’ choices regarding environmental stewardship.

Here’s the bottom line: ISO 14001 is not a foolproof recipe for firms to successfully manage their environmental impacts – corporate, governmental and financial considerations all have their part to play in the equation. It is, however, a membership card for wider recognition of a firm’s sustainability. So why are you taking so long to join the club ?
Authored by: