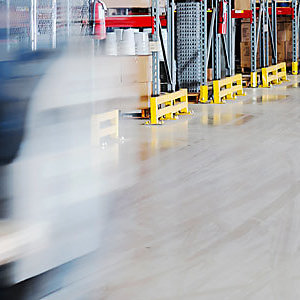 Services make up an overwhelming part of the global economy, accounting for around 75 % of GDP in developed countries and around 50 % in developing countries according to World Bank data. Here, Markus Jelitto, Counsellor with the World Trade Organization (WTO) in its Trade in Services Division, tells us more about the role of International Standards in the services sector.

Over the last two decades, world exports of commercial services have more than quadrupled, and international trade in services has continued to grow at a faster rate than trade in goods. This increase can be attributed to a number of factors, including for example improvements in technology that allow for Web-based services where the provider no longer needs to be in the same physical location as the consumer.

Another factor leading to the growth of the sector is the deregulation and privatization of many public services such as energy, transportation and telecoms. While in the past these may have been delivered by national or government-controlled bodies, today they are increasingly open to private service providers, which may well be operating outside their national borders.

In this context, it is clear that there is a growing need for International Standards in the services sector, in addition to the underlying rules already in place. In the mid-1990s, World Trade Organization (WTO) members accepted the General Agreement on Trade in Services (GATS) to create a basic rulebook for international trade in services.

Counsellor with the WTO, Markus Jelitto, explains the relationship between GATS and International Standards and underlines the role that standards have as facilitators to the growing international trade in services.

ISOfocus:  What is GATS and why is it important?

Markus Jelitto: The General Agreement on Trade in Services (GATS) is the first multilateral trade agreement to cover trade in services. It applies to the 162 countries and customs territories that are members of the WTO. Its creation was one of the major achievements of the so-called Uruguay Round of trade negotiations, concluded in 1993. This was almost half a century after the General Agreement on Tariffs and Trade (GATT) of 1947 was introduced, which sets out global rules for trade in goods.

In providing a legal rulebook for trade in services, the GATS seeks to ensure that services trade is conducted in a predictable and transparent environment, and without discrimination between services and service suppliers from different WTO members.

What are the main objectives of GATS?

The Agreement intends to contribute to trade expansion as a means of promoting the economic growth of all trading partners and the advancement of developing countries. So trade expansion is not seen as an end in itself, but as an instrument to promote growth and development. The GATSʼ contribution to world services trade rests on three main pillars: (1) ensuring increased transparency and predictability of relevant rules and regulations, (2) providing a common framework of disciplines governing international transactions, and (3) promoting progressive liberalization through successive rounds of negotiations.

For service providers, the GATS provides reliability and predictability of market conditions. If a service sector has been liberalized under GATS, WTO members cannot unilaterally tighten access to their markets for foreign suppliers. For example, during the financial crisis, a number of countries considered enacting more protectionist policies, but in some cases doing so would have infringed on their international commitments. In the end, many did not, meaning that markets were kept largely open.

Of course, we still have many challenges and, unfortunately, WTO members have not been able to conclude negotiations on further liberalization since the GATS became operational. This has led to some WTO members looking for other ways in which to advance liberalization with individual trading partners. While such initiatives may lead to more open markets for some, they carry a risk of fragmenting and complicating access rights for services suppliers overall.

Before the GATS, what was the situation with trade in services?

Prior to the GATS, any country could restrict access to its markets for foreign services suppliers in any way it wished. This led to significant unpredictability for business and consumers. Just after World War II, when the international trade architecture was developed, the focus was clearly on providing a framework for trade in merchandise goods. Services were largely seen either as untradeable by nature, or under strict government control.

Yet many sectors have undergone fundamental technical and regulatory changes from the 1980s onwards, opening them to private commercial participation and reducing, or sometimes even eliminating, existing barriers to entry. The emergence of the Internet has helped create a range of internationally tradable product variants – from e-banking to telehealth and distance learning – that were unknown only two decades ago, and has removed distance-related barriers to trade. A growing number of governments have gradually exposed previous monopoly domains to competition.

What is the link between International Standards and the GATS?

One objective of the GATS is to facilitate progressive liberalization of services sectors. Such liberalization consists of the removal of quantitative and discriminatory restrictions affecting the entry and operation of foreign services suppliers in a host market. This needs to be distinguished from regulation, and here it is important to be clear that the WTO leaves the right to regulate services firmly in the national domain. The GATS does recognize governmentsʼ rights (in particular those of developing countries) to introduce regulations that meet national policy objectives. Within this framework, what the WTO has been engaged in is how to ensure that domestic regulation, for example systems of licensing, qualification requirements or technical standards, do not create unnecessary barriers to trade in services. In a sense, we can see it as the GATS providing the outer limits of what WTO members can regulate. In the goods area, under the GATT, this is addressed through the Agreement on Technical Barriers to Trade and, mainly for agricultural products, through the Agreement on Sanitary and Phytosanitary Measures. In the services sector, these discussions are still ongoing in the WTO.

With these negotiations in progress, an interim solution had to be put in place: WTO members must ensure that any new regulations on services that they introduce in sectors they have liberalized do not constitute unnecessary barriers to trade. Members have to be able to show that they conform to this obligation, and one way to do that is to base regulations on International Standards. In other words, for WTO members, following International Standards provides a presumption of conformity.

What role do International Standards play more generally in the services sector and trade in services?

International Standards can be great facilitators of trade if they are implemented in a large range of countries. They can create regulatory economies of scale and are particularly beneficial for small and medium-sized service providers that may not be easily able to adapt their service supply to varying standards in different markets. This is why many WTO members support the idea that International Standards should generally be taken into account when countries are formulating their own technical standards.

Services obviously play an important role in global trade. What is the future of services, and trade in services?

According to World Bank data, services account for some 75 % of GDP and employment in the most developed countries. But even in many poor developing countries, the services share is still close to 50 %. And services trade has been growing consistently. Some two-thirds of the global FDI (foreign direct investment) stock is in the services sector.

What underlies these developments is in large part technology-driven innovation. Changes in technology allow suppliers to store, share and distribute services with fewer and fewer limitations. Technology is also allowing the division of formerly integrated processes into discrete services that can be fed into value chains, allowing for greater specialization.

As products and production methods change, producers also change. Many traditional producers of sophisticated goods, like airplane engines, now make an important share of their revenue through a range of after-sale services. In light of these developments, it will remain a constant challenge for policy makers, both nationally and at the WTO, to assess whether the rules that govern services trade are adequate, and to evaluate whether new risks for consumers and society may require new types of targeted government regulation. International Standards can play an important facilitative role in this respect.

This issue looks closely at the work ISO technical committees are doing in developing standards for IT service management, consulting, tourism and training.
Elizabeth Gasiorowski-Denis