Dollars and sense: ISO's standard for currency codes has been revised 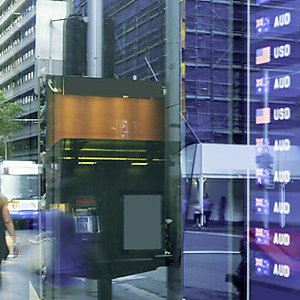 Pounds or sterling, dollars or bucks? Our globalized world would feel a lot less global if it we didn't have agreed codes for money. ISO's newly revised standard for currency codes has just been published, ensuring it is fit for the challenges of a fast changing, ever diminishing world.

From trading on international stock exchanges to having some cash in your pocket when you're travelling, consistency in the use of currency codes is a vital ingredient in helping our world go around. ISO 4217 codes - such as USD for the US dollar and CHF for the Swiss franc - are essential for avoiding any confusion that can arise with translated currency names or unclear symbols, including on airline tickets and international train tickets.

The issuing and administration of standardized currency codes is handled by the Currency Office, also known as the Secretariat of the Maintenance Agency for ISO 4217, run by SIX Interbank Clearing Ltd, on behalf of the Swiss Association for Standardization and ISO's Swiss member, SNV.

The recent review of the standard was undertaken by ISO technical committee, ISO/TC 68/SC 7, which is led by AFNOR, ISO's member in France, with SNV as convenor. It addressed a number of issues, including those related to the ever-increasing number of applications for new currencies and improving efficiencies.

"In addition, it was decided that some greater issues, such as the fact that there are a limited number of free currency codes available for new currencies, would be tackled by an Ad Hoc Group."

This means that the new standard applies only to 'sovereign money', ie that issues by a state authority, and no longer includes codes requested by private companies whose currency can never be recognized as legal tender.

In addition, its scope now focuses purely on the methods for defining a code and not the codes themselves, therefore the list of currencies and the guidelines have been removed to avoid any confusion. They are still, however, available from the maintenance agency.

ISO 4217:2015 is available from your national ISO member or the ISO Store.