The curious quest for counting countries

Everyone has a passion, whether it involves biking the toughest roads or collecting Star Wars figurines. Mine is travel. 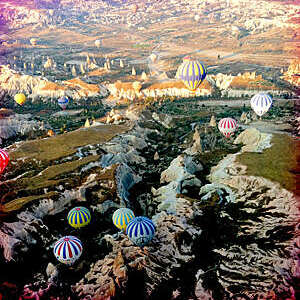 My love of travel has taken me far and wide. I have been thrown into a river by an elephant in Malaysia and attended a four-day traditional wedding in Sudan. I have swum with manatees in the USA and flown in a hot-air balloon over Turkey's Cappadocia mountains. I have rafted down a seven-metre waterfall in New Zealand and hugged a kangaroo in Australia. Along the way, I have met people who taught me a lot about the world, and the more I learned, the more I realized how little I know. And so my adventures continue. But as all those who are passionate about an activity will know, there is an irresistible temptation to measure and compare – be it the size of your collection or the speed records you break. Travel is no different.

I recently came across an article on the world’s most travelled man. The story focused on Charles Veley, a software company executive who has logged 2.3 million miles and journeyed to 95 % of the world. Yet the controversy surrounding his claim soon became evident. Simply put, no one has yet figured a way to quantify travel objectively. Do we count countries, cities, territories or landmarks? And according to whose definition? This is an issue that comes up often among ardent globetrotters keen on keeping score, also known as competitive travellers or country collectors.

Although not a common breed because of the resources, time and effort that travel on such a massive scale requires, these intrepid wanderers are certainly intense. Veley, who made his fortune at a young age, decided to “retire” from his day job and start travelling at 34. That’s when he heard about the Travelers’ Century Club (TCC), an association which requires its members to have set foot in at least 100 countries. Such is their commitment to collecting destinations that the world’s 195 sovereign countries (members and observers of the UN) are not enough – the TCC divides the globe into 324 places!

Not content with joining the elite, Veley wanted to leave a mark. By the time he was 37, he had visited 249 of the earth’s territories according to the Guinness World Records. Yet when he approached them to claim the title, the TCC complained that it was impossible to prove that he had been to all these places. As a result, Guinness decided to scrap the category altogether. Incensed, Veley created his own Website called Most Traveled People which combined destination lists and users’ votes to dissect the world into 873 locations and rank out travellers, with Veley, not surprisingly, at the top. But in the absence of global consensus for competitive travelling, many define what matters according to their own criteria. Jeff Shea, the owner of a manufacturing company in California, believes he has seen more of the world than Veley and has created his own far more extensive travel list, which consists of 3978 countries and subnational provinces.

As I learned more about these intriguing initiatives, something struck me. This general chaos and conflict is exactly what happens when standards are absent. Imagine for an instant there were an ISO committee developing an International Standard for travel counting, which they planned to call say: Guidelines and requirements for quantifying geographical coverage by an individual traveller. How would it get around all these issues? First, ISO would bring people from around the world together. There would be travel industry representatives from different countries (agencies, guide writers, maybe even airlines), competitive globetrotters, notable bloggers, traveller associations like the TCC, and, who knows, maybe even someone from the Guinness Book of Records.

Over several meetings these experts would argue extensively over the issue and make a proposal. Aside from the question of how to divide the globe into clearly representative categories that can easily be ticked off your to-travel list, there are other points to consider. What type of visit actually counts? Is driving through enough? Or do you have to spend at least an hour, eat at least one meal, sleep at least one night? Do you count work trips where all you saw was a conference room and the ride to and from the airport? Do far-away places weigh more than neighbouring areas?

To be considered for the Guinness World Record of the Most Travelled Man, Charles Veley had to travel to Bouvet Island, an uninhabited piece of land bordering Antarctica, that many describe as the most remote island on earth. It took some two months and a half by boat with a meteorological expedition, followed by a dangerous helicopter landing, to reach the island, 90 % of which is covered by glaciers. Veley was lucky this time. He had got close twice before, but failed to land!

The committee of experts would discuss what constitutes a unit of geographical travel, and define parameters that may affect a claim like length of stay, purpose of visit, and so on. They may also make recommendations for measuring and monitoring, and might even propose that an additional standard be developed to, for example, address cultural coverage.

Once a draft is completed, the voting starts. ISO’s 163 member countries would carry on national consultations with a broader group of experts and make comments. This process would continue until a majority – two-thirds of participating ISO members – has approved it and the standard is finally published. If the standard allows certification, then further guidance might be developed to harmonize the auditing process.

It all seems pretty straightforward, right? Well, just wait until all the interested parties get together in a room and start discussing. Just think of Charles Veley and Jeff Shea trying to reach consensus – each favouring the proposal that benefits them most! Travellers that have covered vast expanses of the globe will want recognition, agencies will think of their future tourism offerings, and so on. The good news is that by bringing everyone together and making compromise the precondition to a solution, progress is made, and standards are agreed.

Of course, I am not suggesting we need a standard for counting countries, and there are no plans to create one. But this example can help us visualize how standards bring solutions to the practical problems that arise from lack of global harmony and best practice. Real standards respond to market needs and provide solutions to pressing problems brought on by safety risks, quality or efficiency issues, by the need to open up markets or help innovation spread.

Although I believe that travel should be about experience and discovery, I confess that I have been guilty of country counting myself. However, my record pales in comparison to those of competitive travellers, with barely 39 countries to this day (according to the UN’s definition, that is). Still, I can’t help but dream of my next trip… Ah, so many possibilities! 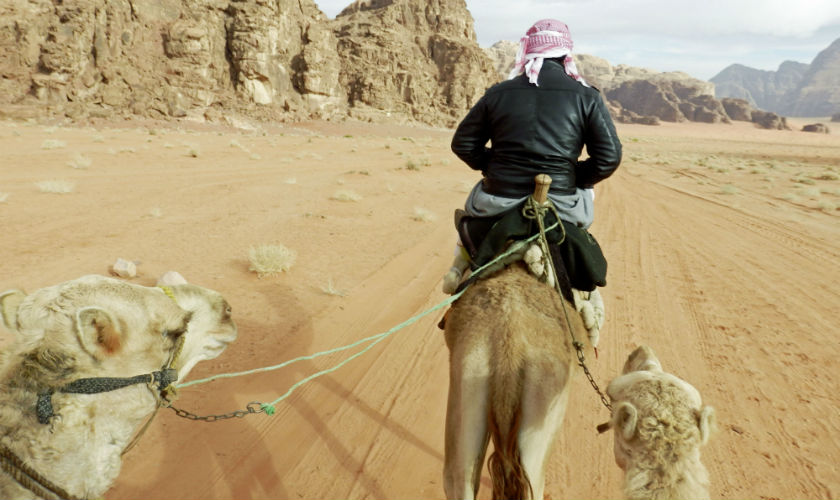 Never plan long camel trips in the desert, unless you can balance cross-legged like our Bedouin guide, that is, to avoid pain.
Photo: Maria Lazarte