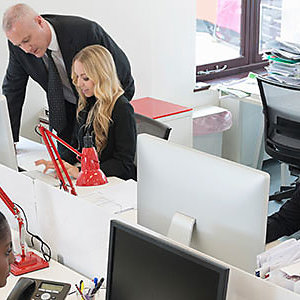 ISO 9001, Quality Management Systems - Requirements, has reached the Committee Draft stage of the revision process. Like all ISO standards, ISO 9001 undergoes a revision every five years to ensure it remains a useful tool.

What is the Committee Draft stage?

The Committee Draft stage is the first consultation in the development (or revision) of an ISO standard.

During this stage, the countries (ISO members) that have chosen to participate in the development of the standard have between two and four months to form a national position on the draft and comment on it. Some members may decide to get input from the public to help form this national position, but this is not the official public comment stage.

Once the national positions have been submitted, the standard revision process follows its course.

Experts (nominated by the ISO member in the participating countries) continue to meet to discuss any problems or questions highlighted, until a Draft International Standard is published. The draft then goes out for public comment. Anyone who is interested can contact their national member body with feedback on the draft standard. This is likely to take place during the first half of 2014.

Once the draft has been finalized and accepted, it is published and the date following the standard's number is updated (for example ISO 9001:2015).

For more information on the Committee Draft stage process in your country, contact your ISO member.

More information on the standards development process can be found here.