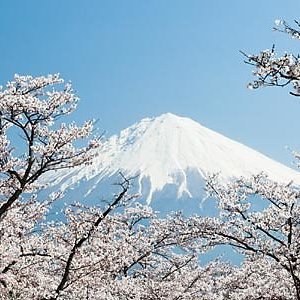 The ISO working group revising environmental management standard ISO 14001 "walked the talk" at their latest meeting in Tokyo, Japan, on 2-7 February 2015 by offsetting their carbon emissions using ISO 14064 for greenhouse gas quantification, reporting and monitoring. So when it came to implementing their own standards, what did they find out? The Organizing Committee of the WG5 Tokyo meeting tells us more.

Where did the idea to offset emissions come from?

We knew from the start that we wanted to organize an eco-friendly meeting. As a result, the idea that we should apply carbon offset came rather naturally from one of the organizing members. This was particularly meaningful for us because not only was it good for the environment, but it gave us a unique opportunity to practice what we preach by using our own standards!

So what did it take?

Well, we first had to set up a project team comprising the Tokyo meeting organizers. For this, we enlisted the support of the Japanese Ministry of Economy, Trade and Industry (METI) and a consulting company. The event itself was hosted by the Japanese Standards Association (JSA), METI and the University of Tokyo.

The first step was about setting boundaries, that is, determining the scope of the offsets to be in line with ISO 14064-1. Here, we decided to cover electricity consumption at the venue as well as travel to, from and during the event of all participants.

The next step was to calculate the expected amount of CO2 emissions.

Finally, the last step was to decide which credits to buy for the offset. On this occasion, we opted for credits that would contribute to the recovery of the area damaged by the Great East Japan Earthquake of 2011, which also resulted in a devastating tsunami.

Another reason for selecting those credits was that they were under the J-Credit Scheme – operated by the Japanese government – which is based on ISO 14064-2, ISO 14064-3 and ISO 14065 for accreditation and verification bodies. It was important for the working group to use our standards!

What were the benefits?

We were all proud to offset our impact on the environment. It was also paramount for us that the benefits of the initiative went to our host country, and of course that they contributed to the recovery of such an enormous disaster as was the Great East Japan Earthquake. We hope this initiative will inspire others to follow suit!

Experts revising ISO 14001 on environmental management systems met in Tokyo in February 2015 to look at over 1 400 comments received during the previous public consultation (DIS) and produce a Final Draft International Standard (FDIS). Participants made good progress, and the FDIS will be finalized at the working group’s next meeting in London in April 2015 to be hosted by the ISO member for the United Kingdom, BSI, which holds the Secretariat for this subcommittee. The FDIS will then be put to the vote and the standard released for publication once approved. The new version is expected by the end of 2015.

Learn more about the ISO 14001 revision.