Energy efficiency is the “first fuel” in the global energy system, note experts in the latest edition of ISOfocus. 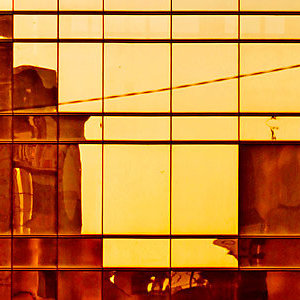 By Elizabeth Gasiorowski-Denis
Tagged as

The numbers are impressive. According to the International Energy Agency (IEA), harnessing economically viable energy efficiency investments would facilitate a more efficient allocation of resources across the global economy, with the potential to boost cumulative economic output through 2035 by USD 18 trillion. In addition to helping the economy grow, energy efficiency measures can cut costs. A recent study commissioned by the ClimateWorks Foundation shows how energy efficiency will reduce the total societal costs of decarbonizing the energy system by USD 2.5 trillion between now and 2030.

In the newly released November/December 2016 issue of ISOfocus, we asked several leading experts for their thoughts on the impact that energy efficiency can have on climate change around the globe and the standards being developed to address the growing market.

As stated by Brian Motherway, Head of Energy Efficiency at the IEA, standards are helping to implement energy-efficient initiatives in the race against the climate change clock. “Standards are already making a large global impact, for example when used for minimum energy performance of appliances and other products,” he says. “International Standards give confidence to make the right decisions. This not only ensures there is consensus on how energy performance is measured, but also benefits consumers and trade.”

From the IEA forecasting new heights in energy efficiency to the innovative standards developed (or being developed) by ISO to make the system cleaner, more affordable and more reliable – it’s been full steam ahead for a sustainable future.

Why we need #energyefficiency

This week, coinciding with the latest edition of ISOfocus, and the Marrakech Climate Change Conference (COP22), ISO is launching a social media campaign to raise awareness about the importance of ensuring that energy-efficient standards are in place everywhere in the world and how they can help countries meet their climate change goals.

The global #energyefficiency campaign (running from 7 to 11 November 2016) will bring together different stakeholders in the standardization community and beyond, including ISO members and partners, to talk about the significance of International Standards for energy efficiency.

Follow and contribute to the campaign using #energyefficiency and #cop22.